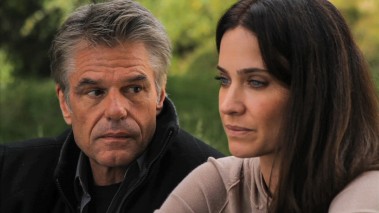 For many, the act of attending a really good movie is a truly religious experience. For the 30th anniversary of the Wine Country Film Festival, taking place in and around Glen Ellen and Kenwood, the annual event’s producers are lending credence to that notion, with a strong lineup of international and American films that, as a whole, appears to be decidedly “spiritual.” 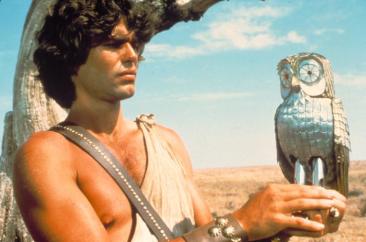 CLASH OF THE TITANS, Harry Hamlin and Buppo the mechanical owl, 1981.

The highest profile example is “The Fourth Noble Truth,” an independent film by director Gary T. McDonald (“The Sea Wolf”), featuring a lead performance by TV actor and one-time Titan-clasher Harry Hamlin. Best known for his ongoing roles in “L.A. Law,” “Veronica Mars” and “Mad Men,” Hamlin rose to fame in a toga and sandals in the 1981 cult-favorite film “Clash of the Titans,” in which he played the sword-wielding Perseus alongside Burgess Meredith, Lawrence Olivier, and a beeping clockwork owl named Bubo. He’ll be in town, with producer David K. Zuckerman, for the screening of “The Fourth Noble Truth,” about a Hollywood hotshot whose law-breaking road rage finds him sentenced to take meditation classes with an attractive yoga teacher. Taking place at Belos Cavalos ranch, the screening (Saturday, Sept. 24, 6 p.m.) will include a post-film discussion and a group mediation held under the open Sonoma sky.

Continuing the theme of transcendent and transformational cinema is the documentary “Robert Bly: A Thousand Years of Joy,” which tells the story of the Midwestern American poet whose award-winning poetry and best-selling book “Iron John” led to the controversial “Men’s Movement” of the 1990s. Screening at the Kenwood Restaurant on Sunday, Sept. 25 at 4:40 p.m., the screening will include a conversation with director Haydn Reiss, in conversation with poet James Ragan, who is the subject of the film “Flowers and Roots: James Ragan – Poet Ambassador of the Arts” (Kenwood Restaurant, Saturday, Sept. 24, 6 p.m.). The short documentary, directed by Ragan, will be accompanied by a reading of poetry from the author’s many compilations.

“Gabo: The Magic of Reality of Gabriel Garcia Marquez” (Kenwood Depot, Sunday, Sept. 25, 12 p.m.) is a documentary about the acclaimed Latin American author of “One Hundred Years of Solitude.” Considered to be the pioneer of “magical realism” as a literary art form, Marquez is revealed in the film through archival footage and interviews with writers, family members and others. 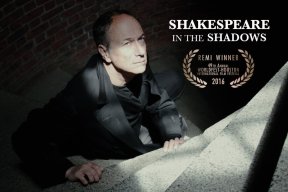 A special Wine Country salute to Bay Area filmmaker Joshua Dylan Mellars (Kenwood Depot, Saturday, Sept. 24, 5:30 p.m.) will feature the filmmaker presenting and discussing a number of his short films, including the powerful documentary, “Stolen Youth: Political Prisoner of the Dictatorship.” The film, about former prisoner Hector Marteau, who was detained as a political prisoner in Argentina for eight years, shows Marteau touring the prison where he was detained, just hours before it is torn down. Other films by Mellars to be screened during the tribute include “The Land of Nod,” a two-minute short inspired by Robert Louis Stevenson’s beloved children’s poem, and “Shakespeare in the Shadows,” in which Shakespearean actor Mark Cohen performs several of the Bard’s darkest and most mysterious monologues.

That note of mystery continues in Jin Ju Lee’s poetic documentary “Just to See: A Mystery,” in which renowned black-and-white photographer Philip Perkins attempts to describe his process of turning the natural world into haunting – often disturbing – but always beautiful pieces of art. The film screens at the Kenwood Restaurant, Saturday, Sept. 24, 1 p.m.

For those whose ideas of spirituality include a really good glass of wine, the one-hour documentary “Burgundy: People with a Passion for Wine” (Kenwood Restaurant, Friday, Sept. 23, 5 p.m.) should be exactly their cup of tea. A North American premiere, the film by Rudi Goldman is an intimate insider tour of France’s renowned Burgundy wine industry, with close-up interviews of the people who live and work in the vineyards and wineries of one of the world’s most famous winemaking regions.

Click ‘HERE” for the full schedule of all 45 films and special events.

And since cinema is ultimately a visceral experience, this year’s festival includes one no-holds-barred thriller, “600 Miles,” featuring English actor Tim Roth in a nail-biter about an Alcohol, Tobacco and Firearms agent trapped by a Mexican arms smuggler and taken on a soul-searching drive across Mexico. Mexico’s 2015 Oscar submission for Best Foreign Film, the film won the Berlin Film Festival’s Best Feature Film award. It screens at the Kenwood Depot, Friday Sept. 23, 7 p.m.