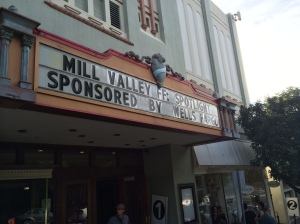 October 9, 2015 — Opening night of the Mill Valley Film Festival is always fun, with pre-festival receptions flowing with intoxicating beverages, press-conferences and screenings infused with cinematic star-power, and after-parties so jam-packed with revelers that its sometimes hard to move. With all of that festival-level excitement, it’s sometimes possible to forget that there are movies being screened. It’s interesting, and a little disappointing, how few people at the after-party could actually admit to having seen any of the opening night movies. Me, I like to the parties and the movies. On opening night, between the pre-festival reception in Mill Valley and the After Party in Corte Madera, I was able to 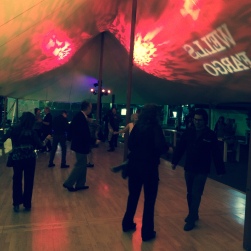 catch Tom McCarthy’s ‘Spotlight,’ a remarkably well-crafted drama about the team of Boston Globe journalists who cracked the Catholic church priest-hiding scandal of 2001 and 2002. For me, it’s the movie of the year, and the screening I saw was sold out, but at the after-party, I could find exactly two people who’d seen it—and they were other journalists. Rather than speaking to some lack of respect for movies and filmmaking, I think it speaks to the success of the MVFF’s party planning team. 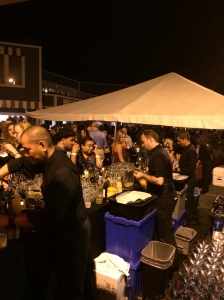 The opening night after-party, which completely took over the sprawling open-air Marin Country Mart—featured dance music by Los Pinguos, a red carpet and champagne greeting every attendee, colored lights and projections splashed upwards onto the walls in every direction, tables piled with (quickly vanishing) food, about a dozen bars pouring free drinks, and one very popular donut truck serving snacks the size of small birthday cakes. The fun of these parties comes from taking on the treasure hunt mentality necessary to locate visiting filmmakers—like the young men carrying a disembodied piñata head around in hopes it would inspire 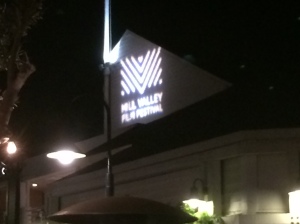 people to ask them about the film they made about . . . a piñata? I never got close enough to find out the name of their film, but they were certainly having a good time. And they did a good job of reminding people that, along with the dancing and the drinking, the reason for it all was a love of the craft and magic of movies, and that, not far away, some people (people who for some reason decided not to attend the party) were sitting in little theaters surrounded by lines of excited movie fans, actually watching the films the party-goers were there to celebrate.