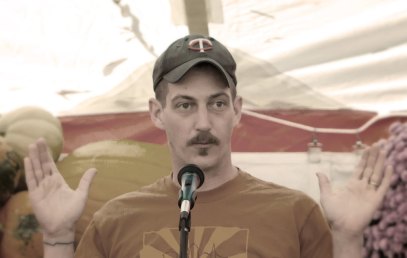 “A lot of adults haven’t figured out that storytelling isn’t just for kids anymore – that it’s something all ages can enjoy, and maybe be a little scandalized by,” says Bil Lepp, an acclaimed storyteller and “champion liar” who will be appearing at The Mystic Theater this weekend in a benefit for the upcoming Wine Country StorytellingFestival.Titled “Bil Lepp: You Can’t Handle the Truth,” the one-night-only event on July 16 is produced by the same people who’ve made the monthly “West Side Stories” storytelling event into an enormous success.

“These storytelling festivals are kind of a new form of entertainment — though obviously, telling whoppers has been around pretty much as long as people could talk,” explained Lepp, reached at his home in Charleston, West Virginia.

Telling whoppers is Lepp’sclaim to fame.

Called “a very funny man” by the Smithsonian Center for Folk Life, Lepp is a five-time winner of the annual West Virginia Liars Contest, held every year in Charleston, where the best fibbersare presented with the coveted Golden Shovel. A celebration of the fine art of telling tall tales, the popular event has been covered on National Public Radio, and is one of the best-attended storytelling events in the country. 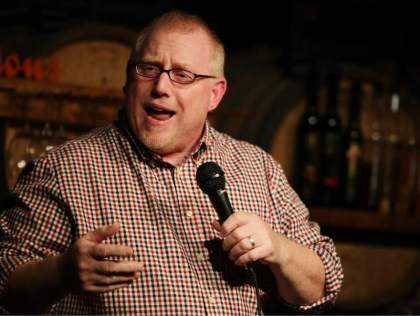 That’s what Dave Pokorny hopes to bring to Petaluma. The host of Saturday night’s show, and the producer of the upcoming festival, Pokorny is bringing Bil Lepp to The Mystic as a sample of the kind of storytelling event that will take place all over town when the ambitious project is officially launched next year.

“This area has never had a festival that is devoted to storytelling,” Pokorny said. “With the rise in popularity of things like “The Moth” on the radio, and our own “West Side Stories,” I think there’s definitely an audience for all kinds of storytelling, from true tales to the kind of “Liars Club” things that happen at more and more storytelling festivals all over the country.”

Lepp, who’s spelled his first name B-I-L since he was 16 because, as he explained it, ”I thought it would be cool,” has published numerous books and CD’s, and has appeared at festivals all over the country.

“Storytelling festivals aren’t what some people think,” Lepp explained. “It’s not a bunch of kids sitting around while some librarian reads them a book. There are a lot of other things that good storytelling can do. My stuff starts out pretty grounded and believable, usually, and then goes way beyond that, but I try to draw people in with details they can relate to before taking the story far beyond the realms of the plausible.”

For example, one of his most popular tales starts out as a simple description of a hunting season prank.

“Yeah, I tell a story about how my buddy and I dress up like deer, tie a mannequin to the front of the car, and then drive around town,” Lepp said. “What’s weird is, people actually believe that, for a long time, until it gets to a point in the story where it becomes pretty obvious it’s not true because things get a little out of hand.”

Lepp said he has hundreds of stories ready to tell, but doesn’t plan to decide which ones to share with his Petaluma audience until he arrives and spends some time getting a sense of the place. 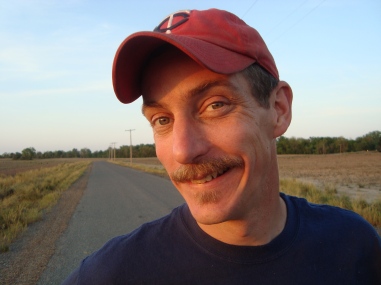 “I’ve never been to Petaluma,” he admitted, “so I’ll look at the venue, walk around a little, and that helps me get an idea what kind of stories I’m going to pull out. I usually narrow it down to about 10 stories I might tell, and then just see what direction I feel like going in.”

He said that, of all the festivals he’s attended, his favorites tend to be held in small towns.

“I don’t know what it is,” he said. “But small towns just seem to work better. Maybe there’s less hustle and bustle and people are more willing to sit down and listen to a guy stand and talk for a while. And, you know, a lot of my stories are about what it’s like to be living in a small town. So that just seems to be a perfect fit.”

Asked how someone realizes that they are born to be a professional liar, Lepp laughed.

“I guess I was just born into a really oral family,” he said. “Every was telling stories all the time, and nobody ever told the truth. So I guess some of that just stuck.”

Stuck, sort of like a mannequin tied to the front of a car?