Perhaps the niche-iest of niches in modern literature is the bathroom reader. Usually a collection of essays, short stories, jokes, or comics that can be absorbed in a few minutes time, they are the dog-eared, soft-covered books you find on your neighbor’s bathroom counter that you pick up and thumb through when necessity requires you to avail yourself of the “necessary”. Whether it’s Chicken Soup for the Soul or the collected works of Matt Groening, a bathroom reader helps you pass the time while you pass… well, you know.

2020, which has brought us a pandemic, mass unemployment, innumerable business closures, “distance learning”, and the continuing shit-show that is Washington, DC, now brings us the latest entry in the aforementioned canon – A Short Book of Short Plays by Rob Broadhurst. It’s the perfect accompaniment to the six pallets of toilet paper you’re hoarding in your garage. 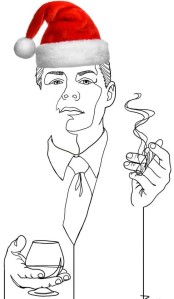 A Northern California-based award-winning actor, musician, and playwright (he’s the co-writer of something called Hindenburg: The Musical), Broadhurst started posting his short, autobiographical musings on life in a two-to-five-line play format on Facebook back in 2015.  Taking his cue from William Shakespeare (who apparently wrote King Lear and Macbeth under quarantine during a plague), Broadhurst has used his sheltering-in-place time to compile and publish 100 of those musings under the title A Short Book of Short Plays by Rob Broadhurst. The compendium is available on Amazon.

The plays are arranged in fourteen chapters titled along the lines of “Rob Attempts Adulthood” and “Rob vs. Technology” with the plays themselves covering such topics as home ownership, the joy that comes with dealing with AT&T and PG&E, pop culture, pets, and the pandemic. Adhering to Polonius’s self-admonishment in Shakespeare’s Hamlet that ‘brevity is the soul of wit’, the shortest play consists of one line and one stage direction and the longest is broken into four parts (but still only runs eight pages.)

Readers will recognize a lot of themselves in Rob as he gives humorous voice to the frustrations that are common to all in workplace dealings, “customer service” phone calls, navigating bureaucracies, the desperate search for assistance at a home improvement store, the joy of medicating a cat and the joy of attending Cats. There’s even something for those who remember the short, brilliant, unsustainable life of MoviePass.

One could see A Short Book of Short Plays by Rob Broadhurst as a 21st Century Canterbury Tales or one could see it as an unpretentious, amusing time-killer. Either way, look for it soon in your Christmas stocking or under the hand towel in a bathroom near you.

A Short Book of Short Plays by Rob Broadhurst is available on Amazon.