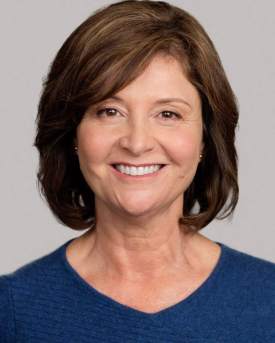 Ashe popped down to Novato to audition for the role of Linda Lohman in Arthur Miller’s iconic masterpiece “Death of a Salesman.” She knew she would be reading for the part with actor Joe Winkler, whose stage work, she now admits, she was unfamiliar with. To say the least, the audition went well.

“I left thinking, ‘I so hope I get this part!’ ” recalls Ashe. “Because I really want to work with this guy!”

Jumping ahead — she got the part.

“Death of a Salesman” opened on Feb. 2 at Novato Playhouse to critical raves, with Ashe and Winkler drawing particularly strong praise. The play was directed by Petaluman Carl Jordan.
It’s all especially satisfying for Ashe, as there was a time, not that long ago, when she had basically retired from acting, and wasn’t sure she’d ever take to the stage again. This despite having earned a degree in acting, and coming from a theatrical family.

Ashe was born in Sydney, Australia, to a British mother and an American father (who’d been stationed in the South Pacific during WWII). After the war, he moved to Sydney.

“Both of my parents were stage and radio actors in Australia,” she says. “And my mother was part of a Gilbert and Sullivan company there in Sydney.” This, she points out, was in the 1950s, before television had come to Australia. “When T.V. did finally come to Sydney, both of my parents realized it was the end of their careers, so we packed up and moved to Hollywood.”

She was 3 years old at the time.

In L.A., Ashe’s parents found work in the movies, and ironically enough, television.

“They landed parts in shows like “Twilight Zone” and “Alfred Hitchcock Presents,” and lots and lots of westerns,” Ashe says. “My mother was an incredible horsewoman. She used to take all of the actors out and show them how to ride, because in the 60s, in Hollywood, there were so many westerns being shot that if you couldn’t work with horses, you couldn’t get work.”

Her father died when she was 10, and soon after her mother relocated to San Francisco, where Ashe discovered her own passion for acting. After high school, she majored in theater at San Diego State University, then spent some time in Los Angeles pursuing acting gigs while paying the bills with temp jobs. The things she learned during that time have proven to be instrumental, she now realizes.

“Doing theatre,” she says, “gives you a skill set at being able to pick up new abilities quickly, because acting is all about being thrown into a role and then making quick decisions confidently. That’s temp work, too. So I did pretty well.