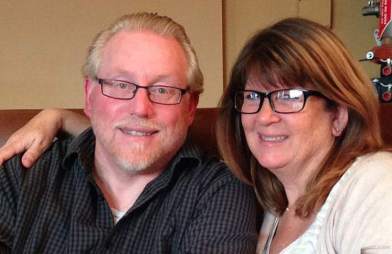 Dave and Juliet Pokorny have had quite a year.

Not only have they produced eleven individual story-sharing contests under the banner of their monthly West Side Stories series (now in its seventh season, with most winning stories printed monthly in the Argus-Courier). They also produced October’s massive Wine Country Spoken Word Fest, bringing storytellers and poets and writers from all over the country to Petaluma.

And they’re not done yet.

Having awarded 12 storytellers since January, West Side Stories now has one more little thing to do before calling it a year.

“Now we have to crown a champion,” says Dave Pokorny. “We have been gathering the first Wednesday of every month for the last seven years, to tell stories and listen to our friends, our neighbors, our teachers, our doctors, and even total strangers. Everybody’s got a story.”

West Side Stories is held at Sonoma Portworks, where the event has sold out every month since almost the beginning. Each year, the winners from the previous eleven months, including those who tied, are invited to participate in a year-ending event called the West Side Stories Grand Slam, held at the Mystic Theatre. Thirteen tellers relating thirteen true stories.

“Some are hilarious,” says Juliet Pokorny. “Some are exciting, and some heart-wrenching.”