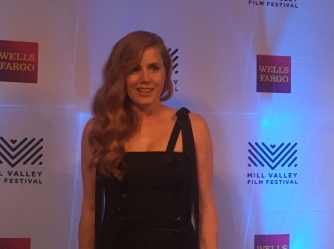 “I like language,” says Amy Adams, addressing the audience at Corte Madera’s Century Cinema on opening night of the 39th annual Mill Valley Film Festival. A second after saying it, the award-winning actress smiles, then laughs lightly, as if suddenly aware that praising language while in the very act of using it, is, if nothing else, a symmetry worth smiling about. Here to present her new film Arrival—in which she plays an emotionally wounded linguistics professor called in to communicate with a race of mysterious alien creatures who’ve recently arrived on Earth—Adams (Enchanted, American Hustle, Batman vs. Superman: Dawn of Justice) is aware that, in playing a master of languages, she’ll be asked how multilingual she is herself.

“I like words, of course,” she says, “but I don’t really have a lot of facility for different languages, which is weird, I guess, playing a linguist. But then, I am an actor, and pretending we’re something we’re not is pretty much what we do for a living, right?” 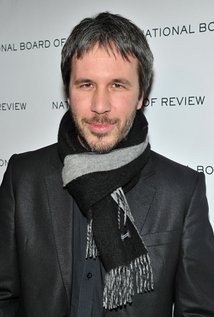 Arrival, which will hit theaters on November 11, was directed by Denis Villeneuve (Prisoners, Sicario, the upcoming Bladerunner 2049), a French-speaking native of Montreal, Canada. While Adams may not have picked up a lot of French while filming the movie alongside co-stars Jeremy Renner and Forest Whitaker, she can do a pretty entertaining impression of her director.

“I dee-eeply loove that you have aaall come to de fee-elm,” she demonstrates, adding, “I just wish Denis were here—because he does it so much better.”

Suddenly laughing at herself again, she says, “Wow! Imagine that! Denis does an impression of himself better than I can!”

Shortly before appearing at the theater to introduce the film, Adams met with a small group of local journalists at a pre-show reception in Mill Valley, where she displayed the same sense of quick-thinking and gently self-deprecating humor that she revealed before the sold-out house of moviegoers.

“When I read the script,” she says, “I immediately loved the story, because it seemed different from anything else I’d read before. Then I met Denis, and he has such a special quality to him, such a strong emotional intelligence. He really wanted to make this movie feel like a very intimate, very personal story—even though we are dealing with elements from the sci-fi universe. That seemed very unique to me.

Click ‘Here‘ to read the full story in the Pacific Sun