Few filmmaking tricks are harder to pull off than that of fusing honest, political outrage with solid, crowd-pleasing entertainment.

Whenever significant political questions are tucked into a mainstream movie – as in the recent “Avengers” and Captain America films – they are usually so dumbed down and simplified they are unlikely to cause anyone to suddenly run out and work for social change.

On the other hand, when the message is conspicuously front-and-center – as in the agitprop docu-comedies of Michael Moore and almost anything written and directed by Oliver Stone – the only folks bothering to show up for the cinematic sermon are those who already agree with the filmmaker’s message.

Every so often, though, there comes a film that is entertaining enough to attract large audiences, but also smart enough to make a coherent, intellectually rousing point, movies like “The China Syndrome” and “Norma Rae,” films that expand public awareness and raise blood pressures in equal measure. 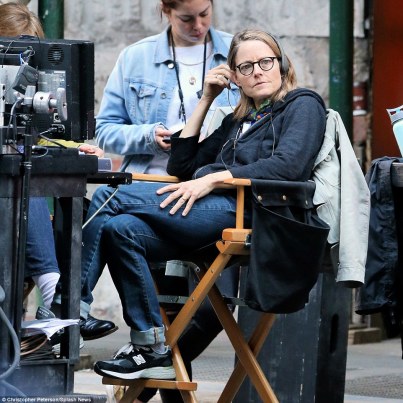 Directed by Jodie Foster, with first-rate performances by George Clooney, Julia Roberts and Jack O’Connell, “Money Monster” is designed to keep us on the edge of our seats while forcing us to examine our own massive lack of interest in the way our money moves – at the speed of thought, around the world – and why it sometimes disappears, irrevocably and irreplaceably, into thin air.

Lee Gates (Clooney, perfect) is a slick television huckster, the host of a cable show called “Money Monster.” More of a clown than journalist, he employs gaudy, game-show theatrics to tell viewers how to make the most of their hard-earned bucks. Gates’s weary-but-swift-thinking producer Patty Fenn (an excellent Roberts), tries to keep up with her star’s callow antics, while confined to the control room. After one particularly bad day on Wall Street, during which a financial stock that Gates strongly recommended suddenly tanked – losing investors nearly a billion dollars – an armed blue-collar delivery man (O’Connell, effectively shattered and desperate) clumsily hijacks the show on live TV, forcing Gates into an explosive vest, demanding an answer as to why his life savings just evaporated.

There is a taste of “Network” in what follows, with echoes of “Dog Day Afternoon” thrown in for good measure. “Money Monster” is not quite on the same level as those films, but by attempting to capture some of the same raw, affronted rage, it stands head and shoulders above the majority of films currently filling the nation’s cineplexes.

Not content to simply shine a light on the misdeeds of corporations and executives, it further suggests that our own complacency equals complicity, feeding a system where the world’s economies, and their baffling high-speed money-moving systems, frequently favor the folks at the controls of that system. It’s a system, “Money Monster” argues, that almost always abandons those close-to-the edge Americans without whose money the system would fail to function. 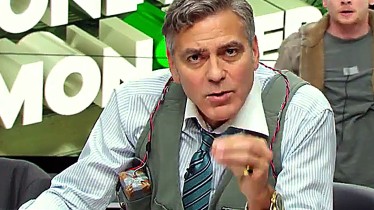 Fairly dripping with the slippery slang and bombastic catchphrases of high-level finance, “Money Monster” never forgets it’s an action film, pleasantly crammed with twists and turns, all playing out in real time as the stakes inch excruciatingly higher. By the time the final scene unfolds, on the actual streets of Wall Street – delivering answers that are deeply unsettling if somewhat intellectually unsatisfying – Foster’s smart film keeps us glued to the screen while leaving a sense of fury.

At the very same time – as illustrated by shots of people returning to their coffee conversation and dorm room foosball games – Foster and her crew recognize the painful truth: That, like the millions of watchers waiting to see if Gates will live or die, most of her audience will simply cart their empty popcorn bags from the theater, take a deep breath in the lobby, and go on, unquestioning and unchanging.