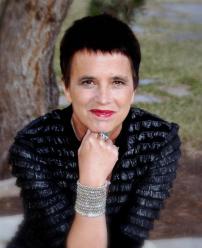 “I was not at all familiar with ‘Emotional Creature,’ the play,” admits Siobahn O’Reilly of Sonoma, of Eve Ensler’s teen-oriented follow-up to the worldwide sensation “The Vagina Monologues.” “But I’m a little new to theater,” she laughs, “so that’s not much of a stretch, actually.”

O’Reilly grew up in Sonoma, the daughter of Patricia O’Reilly, artistic director of the Sonoma Conservatory of Dance, so she knows her way around a dance floor, where her ballet talents have been on display much of her life. But it wasn’t until a few years ago, when she joined some friends as a stagehand for Narrow Way Stage Company’s “Alice: The Rebellion of Wonderland,” at the Community Center, that O’Reilly got her first taste of theatrical experience.

“I was hooked,” she says. Now a student at the Santa Rosa Junior College, O’Reilly has been gradually stepping out from backstage and into the spotlight, and when she saw that the school was planning to present “Emotional Creature,” Ensler’s remarkable all-female theatrical song-dance-and-drama tribute to the lives of teenage girls around the world, she decided to audition.

Click ‘Here‘ to read full story in the Sonoma Index-Tribune