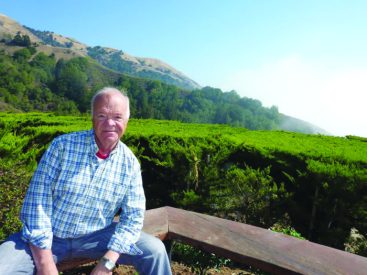 “I just turned 70,” says actor/producer George Maguire. “But in many ways, as an artist particularly, I feel like I’m just starting out.”

After a lifetime appearing in other people’s plays and films, and teaching others how to do the same, Maguire is finally venturing into the field of developing and producing his own projects.

“It had to happen eventually,” he says with a laugh.

Having appeared in dozens of films and television shows, and hundreds of stage plays, Maguire is perhaps best known for the small, colorful, slightly offbeat characters he’s played in such cult-hit films as David Fincher’s The Game and Fight Club, Clint Eastwood’s True Crime, Finn Taylor’s Dream With the Fishes and the upcoming Netflix series 13 Reasons Why. He moved to California from New York City in 1984, initially finding work in Southern California, where he was an actor, teacher and board member of the acclaimed Pacific Conservatory Theatre. Maguire moved to the Bay Area in 1986, and soon became a frequent figure on local stages, racking up numerous appearances with the Marin Shakespeare Company, Marin Theatre Company, Aurora Theatre Company, Magic Theatre and more. He eventually landed a gig teaching theater at Solano Community College, from which he just recently retired.

“I’d done New York and I’d done Broadway,” he says of his motivation for leaving his home state and becoming a permanent West Coaster. “I’d been onstage with Phil Silvers and Ginger Rogers, traveled around and done regional theaters. I’d done all the things an actor is supposed to do—but I was turning 40, and I wanted something new and different. Moving here turned out to be the very best thing, because I have been able to keep doing stage work, which I love, and to teach, which I love—and then, when the film work started coming, I was able to relax into that too, and my life has been endlessly wonderful ever since.” 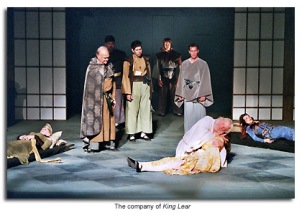 For his stage work, Maguire has received numerous nominations from the San Francisco Bay Area Theatre Critics Circle. Asked what his favorite stage role has been, he instantly names the part of Kent in a 2006 production of King Lear, staged by Marin Shakespeare Company at Forest Meadows Amphitheatre in San Rafael.

“I loved doing Kent,” he says, of playing the mad king’s resourceful but banished counselor. “I liked doing him a lot because King Lear is such a good show and Kent is such a rich and juicy character. He’s a real ‘butch part,’ a manly man, and he was a discovery every single night.”

Maguire says that his string of parts at Marin Shakespeare Company was some of the most fun he’s ever had on stage—a run that included wearing a dress as Lady Bracknell in Oscar Wilde’s The Importance of Being Earnest.

“The very first thing I did there was Brabantio in Othello, in 2004,” Maguire recalls. Brabantio, the father of doomed Desdemona, appears in the first act, and is not heard from again until his death is mentioned in the fifth act. “It doesn’t get better than that,” Maguire adds with a laugh. 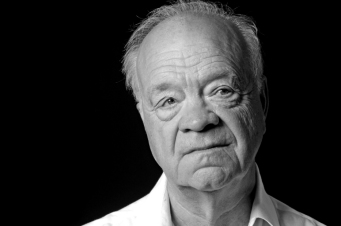 “Brabantio is so fun because he’s fast and he’s fearless—he’s in and out of the play, and then he’s gone,” he says. “I also enjoyed playing the Emperor in Amadeus, for the same reason. It’s a small role, but he has some of the best lines in the show.”

Maguire acknowledges that many actors often want the lead part.

“They want a lot of stage time and they want the most lines,” he says. “But it’s the small roles that really test an actor. It’s easy to do a lot when you have a lot to work with. But doing a lot with very little—that’s when you really show your skill as an actor. And actors who can do that are golden in this business. Directors love actors who give their all, no matter how small a part you put them in.”

Click ‘Here‘ to read the full story in the Pacific Sun