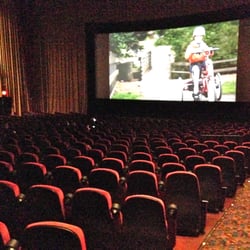 “This is so sad! I feel like I should take a picture—my very last time standing inside the Cinema theater!”

So remarks Ben Burtt, standing near the massive screen at Corte Madera’s legendary Century Cinema theater (the “Cinema”), just moments before a Mill Valley Film Festival screening of Star Wars: A New Hope. As he looks around the enormous auditorium, families and film fanatics stream in, dressed in Jedi robes and The Empire Strikes Back T-shirts, eager to see their favorite film one last time before the Cinema is torn down to make way for a new retail complex and Scandinavian Designs store.

For Burtt, an Oscar-winning sound designer who contributed to all of the original Star Wars movies, and also worked on E.T. The Extraterrestrial, Invasion of the Body Snatchers and Wall-E, today’s screening is a kind of memorial for a theater that has played a significant role in the lives of countless moviegoers, and has also been the go-to spot for the artists of Industrial Light & Magic (ILM) and Lucasfilm.

“The Cinema Theater,” Burtt says, “has, for years, been the one place where you could get the largest group movie-watching experience possible. That used to mean something.”

Scandinavian Designs, based in San Rafael, purchased the property several years ago. At the time, it was announced that the theater would be razed, and a new furniture store would be built in its place, along with other retail and office buildings. Following an outcry from the public, the City of Corte Madera put a two-year moratorium in place, in hopes that a way to save the theater could be found. The moratorium officially expired on October 17, leaving the new owners free to close the theater at any point. 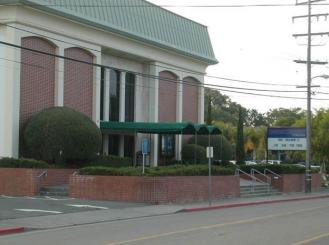 Calls to Scandinavian Designs’ main office were not returned, but the staff at the Cinema—which has been operated for several years by Cinemark Theatres—is steeling themselves for the announcement that the theater would be closing imminently.

On the morning of the Star Wars event, one Cinemark staff member, who asked to remain anonymous, estimated that the theater might be closing by the end of the month, or perhaps the end of the year.

But one way or another, the Cinema will soon screen its very last film. Though the building will be demolished, the memories will certainly continue.

“Oh, I have lots of memories of this place,” Burtt says. “Back in the early days of Lucasfilm and Industrial Light & Magic, this is where the whole company would gather together to watch the first finished print of whatever film we’d been working on. That was back in the ’80s, and back then, the best sound was on 70mm prints with magnetic tracks on them. They were equipped here to show films in 70mm, so we would come in with reels of film and test them out in an empty theater, to see how it sounded and decided if there was anything we needed to change. It was the only theater in the North Bay where we could do that.”

Because of that, the team at Lucasfilm always hoped that the movies they made together would have their theatrical runs at the Cinema.

“The Cinema,” he says, “was without a doubt the best place to see a movie, and everyone in the North Bay knew it. It’s a terrible shame to lose this theater—not just because we all have great memories, but because future generations won’t get to have that experience. “And sadly,” he adds, “they’ll have no idea what they are missing.” 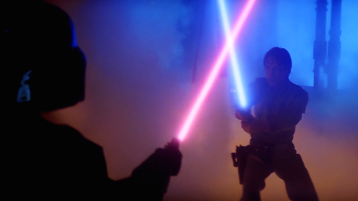 According to Mark Fishkin, executive director of the Mill Valley Film Festival, the loss of the Cinema is a heavy blow.

“It’s been continuously operating since I moved here 40-something years ago,” he says. “We’ve all seen so many seminal films there—the Star Wars films, Blade Runner, the Indiana Jones movies, Jurassic Park, Avatar. It’s really a loss that a theater with this large a screen, and this good a projection system, is just going to close down and be demolished.”

The end of the Cinema, Fishkin points out, aside from the nostalgia associated with the theater, is a sign of the times. It’s proof that the nature of the theatrical experience has officially evolved to the point where actual theaters—as they’ve always existed—are seen as a quaint alternative to watching movies at home or on laptops and smartphones.

“As someone who believes that theater and film are primarily a communal experience,” he says, “I would have to say the evolution of film presentation, as it currently stands, is probably not for the better. It’s not about how big the screen is, anymore. It’s not about the beauty of the theater or the luxury of the experience. It’s about getting a quick hit of distraction wherever you happen to be at the moment.”

That makes film sound less like an art form and more like a drug—one that users can now partake in without having to mingle with others, the cinematic equivalent of drinking alone.

This morning, as the moment draws near to begin Star Wars, it is clear that many have come here today, some with children in tow, to officially say goodbye to the Cinema. David Tanaka is one of them.

Another Lucasfilm veteran, Tanaka is a special effects supervisor whose career includes work on the Star Wars films, Hook, Jurassic Park, Forrest Gump, Ratatouille and dozens of others.

“After 15 years with ILM and 10 years at Pixar, this theater is such a big part of my life,” Tanaka says. “This was always the place. When one of the big movies was released, people from all over the Bay Area would come here, to stand in line for hours outside, just to have the Cinema theater experience.”

When the Cinema falls, later this month or early next year, good theaters will still remain, Tanaka points out.

“There are still plenty of theaters where you can get good projection and great sound,” he says, “but theaters like this one were made for the public. The Cinema was built for a time when hundreds of people would gather every weekend to see films with strangers, to clap and gasp and laugh and have that experience with a great big group.

“I have a lot of those kinds of memories here,” he continues. “This place has been more than just a theater. It’s been a community. I’m really going to miss it.”

This story ran November 2 in the Pacific Sun