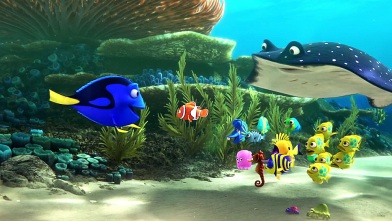 “When I know a film has a good message, whether it’s a science message or an environmental message,” says Kristi Draluck, kindergarten teacher at Prestwood Elementary School, “I can use that movie as a teaching tool. Movies like the Pixar films do get through to kids. When the movie shows animals or fish, or talks about things like pollution and science, kids pay attention. They relate to the characters.”

And kids, it turns out, may not be the only ones paying attention.

Ever since Sonoma’s own John Lasseter released the legendary Pixar debut, “Toy Story,” in 1995, there have been volumes of analysis and critical attention placed on the Pixar films, and the way subtle environmental messages keep cropping up in every new release. Such films do have a gradual effect on increasing people’s understanding of the world, regardless of their age. From “Bambi” to “Charlotte’s Web” to “Babe” to “Happy Feet,” environmental themes are rarely as impactful and effective as when served up on screen, in a darkened theater, with a recyclable bucket of popcorn on your lap.

In “Finding Dory,” opening today at the Sebastiani Theater, the main character finds herself braving an ocean that is not quite as clean and beautiful as it was in the original film. “Finding Dory,” of course, is the much-anticipated sequel to Disney-Pixar’s beloved 2003 animated adventure “Finding Nemo.” Now, the film that taught children everywhere that “all drains lead to the ocean” has been succeeded by a movie that reminds us that all trash – or at least a shockingly large amount of it – can end up in the ocean too.

The “Toy Story” movies, for instance, consistently made a case that recycling, reusing or donating old toys is a better choice than sending our once-loved pieces of plastic to the landfill. In 1998, “A Bugs Life” illuminated the role of insects and bugs in the natural processes of pollination and decomposition. Though the first “Cars” film, in 2006, seemed to be a glorification of car culture and unchecked fuel consumption, its sequel, 2011’s “Cars 2,” carried a high-octane environmental message, what with its villainous fossil fuel company attempting to suppress the introduction of alternative fuels to the gas hungry cars of the world.

And 2008’s “Wall-E,” named the best environmental film of all time by Mother Nature Network, and the second best by the Smithsonian Institute – 20th Century Fox’s “Ferngully: The Last Rainforest” took first place there – shows a world so polluted by pollution and waste that all surviving humans have abandoned the planet entirely.

“That one amazed me,” says Don Frances, communications manager for the Sonoma Ecology Center. “”Wall-E” was just a flat-out environmental statement. The Earth is wrecked and all these losers on a spaceship, sipping sodas and watching videos, sail along through space while the Earth they destroyed sits there covered in garbage.”

A movie does not have to be animated, overtly educational, or even particularly good, to be effectively used to make a point or make a person curious about the world around us.

“I was even able to use the most recent Pixar movie, ‘The Good Dinosaur,’ to talk about science,” says Draluck, of Pixar’s only box office flop to date.

“I could talk about the concept of extinction, how the dinosaurs had to migrate to find food, lots of things,” she says. “There was a lot to pull from to teach interesting science lessons. And when the film is something popular like the Pixar movies tend to be, the kids are usually a little more excited to talk about it and think about it.” 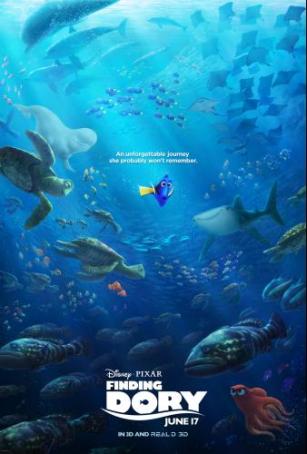 Draluck has yet to see “Finding Dory,” but she points out that there is already a lesson plan and educator guide available online. The guide shows teachers of grades 2 through 6 how to use the film to communicate ideas about animal behavior, ocean habitats, and environmental issues and how to address them.

“Movies, I think, do have an effect,” Draluck says. “A movie like “Finding Dory,” it makes a connection, it allows us to see the world, and think about the world, in new ways.” That, Draluck points, is more-or-less the definition of learning.

“And movies are fun,” she adds. “Fun always helps.”

This story originally appeared in the Sonoma Index-Tribune