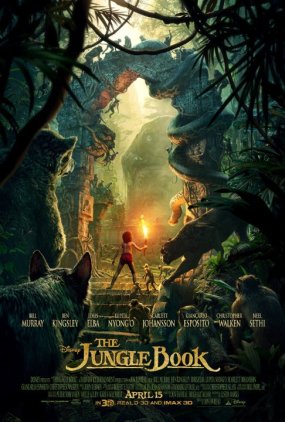 It is pointless to argue whether or not Disney’s “Live Action” version of Rudyard Kipling’s ‘The Jungle Book‘ is a good movie or not.
It is.
It engages its audience from the first images of young Mowgli swinging through the jungle, pursued by some unseen danger. The combination of nostalgic connection to the beloved 1969 hand-drawn classic and astounding modern-day CGI animation is used to tell a story with enormous wit, humor, momentum, emotion, tension, and heart. It works. Which is why people are already going back for a second and third dip into Mowgli’s world.
Here’s what bothers me.
Except for the performance of the effectively authentic Neel Sethi as Mowgli, every bit of what appears on Screen is fake. It’s a CGI wonderland like nothing Hollywood has given us so far in a movie passing itself off as “live action.” From those first moments of Mowgli fleeing through the jungle, ducking trees, racing through the many slings and arrows sent his way by the geniuses who created his green-screen landscape, we believe that he really is in the Jungle.
Even though we know he isn’t.
And we like it. A lot.
The film has already earned half a billion dollars around the world, and Disney has just announced there will be a sequel in 2018

Wait a second. Hold the phone.
Don’t we hate CGI?
Isn’t that amongst the primary and most-consistent criticisms of movies like ‘Gods of Egypt‘ and ‘The Huntsman: The Winter War,’ and dozens of others . . . too much CGI? Isn’t that one of the reasons everyone dismisses the George Lucas ‘Star Wars‘ prequels, and praises the recent ‘The Force Awakens’? That the Lucas movies overused CGI and director J.G. Abrams returned the series to actual sets, models, explosions and other ‘physical effects.” Well, it’s harder to have more CGI than pretty much EVERY SINGLE SHOT!
So what is it that makes us accept the CGI in ‘Jungle Book‘ and verbally vomit upon every other movie that attempted to place human actors in an entirely synthetic environment?

Damned if I know.
Here are two theories, though. 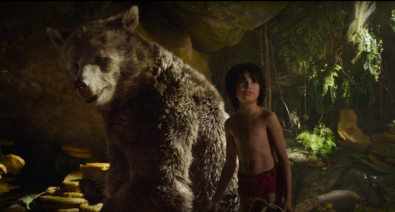 One: The CGI in ‘The Jungle Book‘ is just better than the CGI in ‘Star Wars: A New Hope,’ ‘Star Wars: The Clone Wars,’ ‘Star Wars: ‘Revenge of the Sith,’ ‘Gods of Egypt,’ ‘The Huntsman: The Winter War,’ ‘Indiana Jones and the Crystal Skull,’ ‘Van Helsing,’ ‘and The Hunger Games: Mockingjay, parts 1 & 2.’ Perhaps the Disney crew, with the urging of director Jon Favreau (‘Iron Man‘), took stock of what hasn’t been working in the majority of CG-driven films, and fixed it. That’s clearly part of the success of the film. After a few initial moments of adapting to the look and feel of the movie, our cognitive dissonance at seeing something that looks real but knowing its not begins to fade, as happens in the best animated films.

Two: The CG serves the story, rather than the other way around. In many special effects extravaganzas, it seems like the story-boards carry more of the film than the script. In ‘Jungle Book,’ we get hooked early on in Mowgli’s struggle, and with only the occasional wait-a-minute moment, the emotional power of the tale, and the connection we feel to all of the characters, human or (fake) animal, is all the special effect we need to be taken on a satisfying ride. Maybe if ‘Star Wars: A New Hope‘ had told a better story with better actors and less annoying characters, people would not have paid so much attention to how fake everything looked. 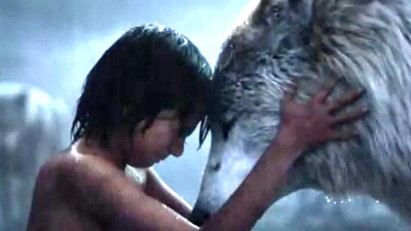 In the end, I think it’s a combination of the three. Hopefully, filmmakers attempting to follow in ‘Jungle Book’s‘ leafy footsteps will learn the right lesson. A successful CG-driven story isn’t successful because of its special effects.

It’s successful in spite of them.