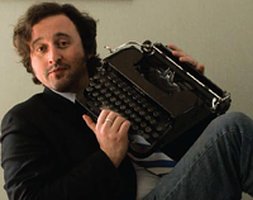 “Happy New Year,” says Daedalus Howell, author and journalist, toasting with a glass of his favorite, delicious red wine. “I’ve really been looking forward to talking about Spotlight, ever since I first saw it in November.” Howell, a Petaluma native, has spent years in Hollywood (his IMDB profile is crammed with short films bearing unusual names), followed by a stint running a marketing media company in Sonoma, before resettling in his home town, where we are meeting now to talk about the acclaimed newspaper-themed movie—nominated for Best Film and a slew of other Oscars. It’s the true story of the Boston Globe’s elite team of investigative reporters, called Spotlight, and how they busted the Catholic Church for covering up hundreds of incidents of child abuse in Boston and beyond. “It’s been a couple of months since I first saw Spotlight,” Howell says, “but it really had a huge and immediate impact on me—as a longtime journalist who’s been wondering for a while if the newspaper business is still all that relevant.”

It’s a question shared by the protagonist of Howell’s new novel, Quantum Deadline, which he’ll be reading from at Mill Valley’s Depot Bookstore and Cafe on Thursday, February 25, at 7pm. The hard-to-categorize novel, a kind of nourishing, comedic, satirical sci-fi mystery is about a disgraced newspaper journalist—also named Daedalus Howell—who encounters an adolescent thief from another universe and sets out on a mission to find the truth, save the boy from an evil technology kingpin, dodge the killers sent to stop him and possibly file the story before deadline.

“What appealed to me more than anything about Spotlight,” says Howell, “was the vibe of the movie. The idea that journalism is meaningful and can change lives for the better.”

Click ‘Here‘ to read the entire story in the Pacific Sun