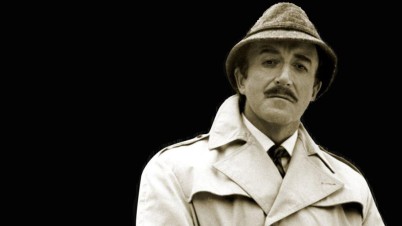 Blake Edwards’ “The Pink Panther,” released to an unsuspecting public in 1963, is best remembered as the film that gave the world Inspector Clouseau. Unstoppably clumsy, relentlessly persistent, the infuriatingly funny crime-stopper is arguably Peter Sellers most enduring and beloved character.

But he was never intended to be a leading man.

Initially, Clouseau was merely a supporting character, barely appearing in “The Pink Panther” at all, in comparison to the film’s actual star, David Niven.

That’s right. David Niven is the real star of “The Pink Panther,” playing one night only on Monday, June 13, 7 p.m., at the Sebastiani Theatre. Niven plays Sir Charles Litton, a suave diamond thief secretly known as “The Phantom,” who attempts to purloin a famous diamond known as “the pink panther.” Inspector Clouseau is the comic relief, a clownish stooge whose drive to capture “The Phantom” has more to do with the fact that the jewel thief is his wife’s lover, than it has to do with his commitment to the law. 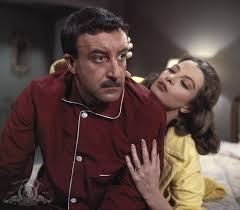 As for Sellers’ performance, there is barely a hint of the outrageous French accent that would come to define Clouseau. Sellers’ acting in the film is almost tame compared to what would come in subsequent sequels. In fact, those follow-up films – which completely dropped the Phantom and focused solely on Clouseau – were also a bit of a surprise. Not just to the studio, which didn’t make enough money from “The Pink Panther” to see a sequel as a good idea, but especially to the author of the follow-up, which was never intended to be a “Pink Panther” film at all.

“The Pink Panther,” though favorably reviewed by critics as a clever, tightly plotted crime drama with exotic settings, some tense moments of suspense, and some juicy sex scenes, was not a popular hit. Audiences loved the entertainingly sneaky musical score by Henry Mancini, and the delightful title sequence featuring an animated Pink Panther. But the film’s constant bed-hopping and sex-farce gags tended to confuse the audience, which thought the film was going to be a traditional crime caper.

Director Blake (“Breakfast at Tiffany’s,” “Victor/Victoria”) however, had become so fond of the Clouseau character, he actually had his next movie, “A Shot in the Dark,” re-written, turning it into a starring vehicle for Sellers and Clouseau. 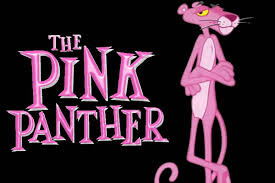 Based on a play by Harry Kurnitz, “A Shot in the Dark” originally had no such bumbling detective in it, though Sellers was already attached to appear in the movie adaptation. In a brazen act of creative bait-and-switch, the script was transformed into a “Pink Panther” sequel, whether the audience wanted one or not.

In fact, “A Shot in the Dark” began filming months before the “Pink Panther” had even opened in theaters. It turned out to be a brilliant move, since the sequel did cause a sensation, instantly turning Sellers, and his indelibly dense creation, into one of the most famous comic characters of all time.

Pink Panther at the Movies
Monday, June 13 at 7:00 p.m.
Sebastiani Theatre, 476 1st St. E in Sonoma.
Admission is $9.
The Vintage Film Series is presented as a fundraiser for the Sebastiani Theatre Foundation, founded in order to preserve, enhance and maintain the historic old movie theater.
For additional information visit www.sebastianitheatre.org